All the puppies went to loving homes. Six stayed on Vancouver Island, one went to the Sunshine Coast, and one to Burnaby.

We haven't decided yet if we will have another  litter. Kylie's well-being is very important to us. 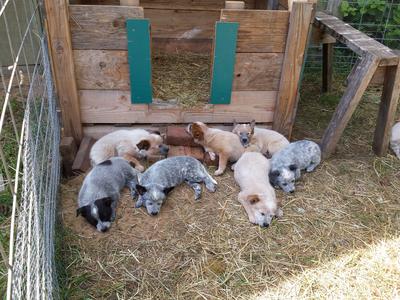 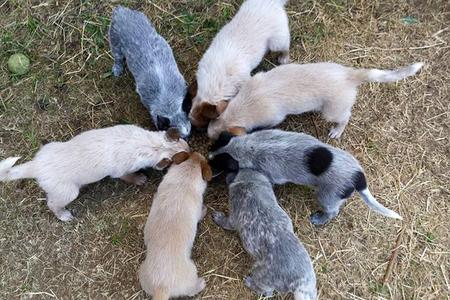 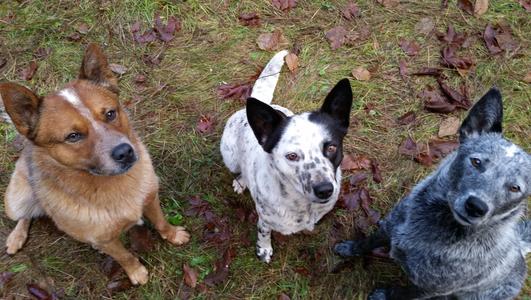 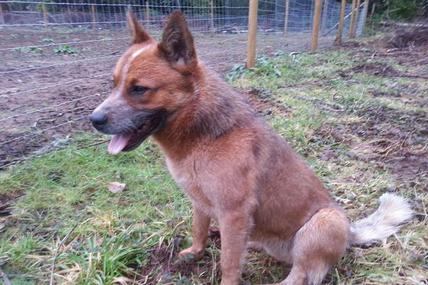 Rosco, all grown up! 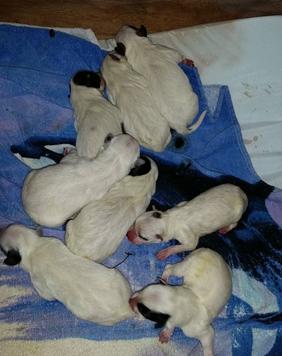 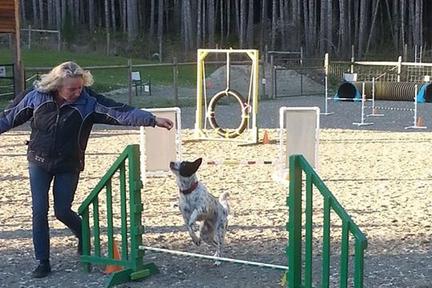 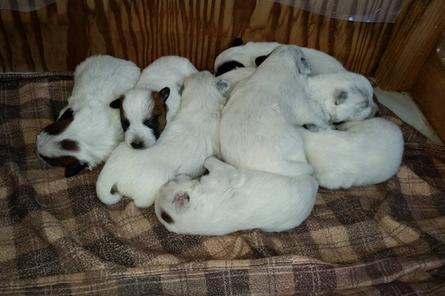 We are Suffolk sheep breeders and decided that Australian Cattle dogs would be a fitting breed for the farm. We were lucky to find Kylie in October of 2012. She was the last puppy available out of the litter. She is a burst of energy and is extremely loyal. Her favourite activity is catching a sheep when it has escaped.

When our old German Sheppard cross Duke's health was ailing we thought it was a good idea to find another dog as a mate for Kylie. It took us a year before we found Rosco, he was born in April 2014.

Because it was so hard to find puppies of this amazing breed, we decided to hold off on neutering and spaying and let Kylie have a litter.

I will update this section when we have news!